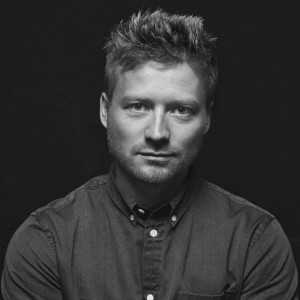 Zapier is a global company that allows an end-user to integrate the web applications they use and love. Zapier is located in Sunnyvale, California, and employs more than 100 people in 24 countries.

Zapier allows the user to automate web applications together and is often described as a translator between APIs.

Now there is a Webshipper application ready for Zapier, meaning that Webshipper users can automate their tasks and connect Webshipper to more than 2.000 apps or vise versa.

At the moment (23/07-2020), Webshipper has more than 30 native and third-party integrations, but with the release of Zapier the number has risen to more than 2.000. We appreciate that not all applications are relevant. Still, the world has opened up for endless integrations that allow for even more combinations and possibilities.

Still, not sure how Zapier and Webshipper can be used in real life?

As I said, the possibilities are almost endless when it comes to Zapier!

Webshipper integration has four triggers and two actions, which lets you pull or add data from Webshipper when specific actions are triggered.

Let me give you a quick example of how the integration can be used!

At the moment, Webshipper doesn’t support BigCommerce e-commerce platform, but with Zapier, it does. BigCommerce has a trigger that allows for the order to be transferred to Webshipper. When an order is placed in BigCommerce, Zapier then creates the order or shipment in Webshipper.

But what about your favorite ERP-system, Magento or WooCommerce, or even Shopify. They all have Zapier integrations that can do the same, and much more.

WooCommerce is an e-commerce module for WordPress, the combination is one of the most used e-commerce systems worldwide. Webshipper and Zapier allow for the synchronization of shipments, customers, orders, and it is even possible to create coupons based on orders.

Transfer order details to google sheets, and create CSV-files, process data and send it back to Webshipper. Google sheets is hosted by Google and a fantastic cloud-based alternative to Microsoft Excel.

Mailchimp is one of the most used platforms for sending news mails. Add your customers to Mailchimp ad send emails based on purchase, zip codes, or something else.

Amazon is the world’s biggest online marketplace, with Zapier, it is now possible to transfer Amazon orders directly to Webshipper and ship orders worldwide, with a single click.

Visma eAccounting is a popular accounting software in Norway. Transfer orders from Visma and print shipping labels with a single click through Webshipper.

Those examples are a drop in the ocean. Zapier has an extensive library of all combinations which you can find right here.

Our customers find it very useful. Other popular Zapier integrations are:

The Zapier library is continuously growing, and we would love to hear how you use Zapier and Webshipper together. Throw us an email, and we will share your story.